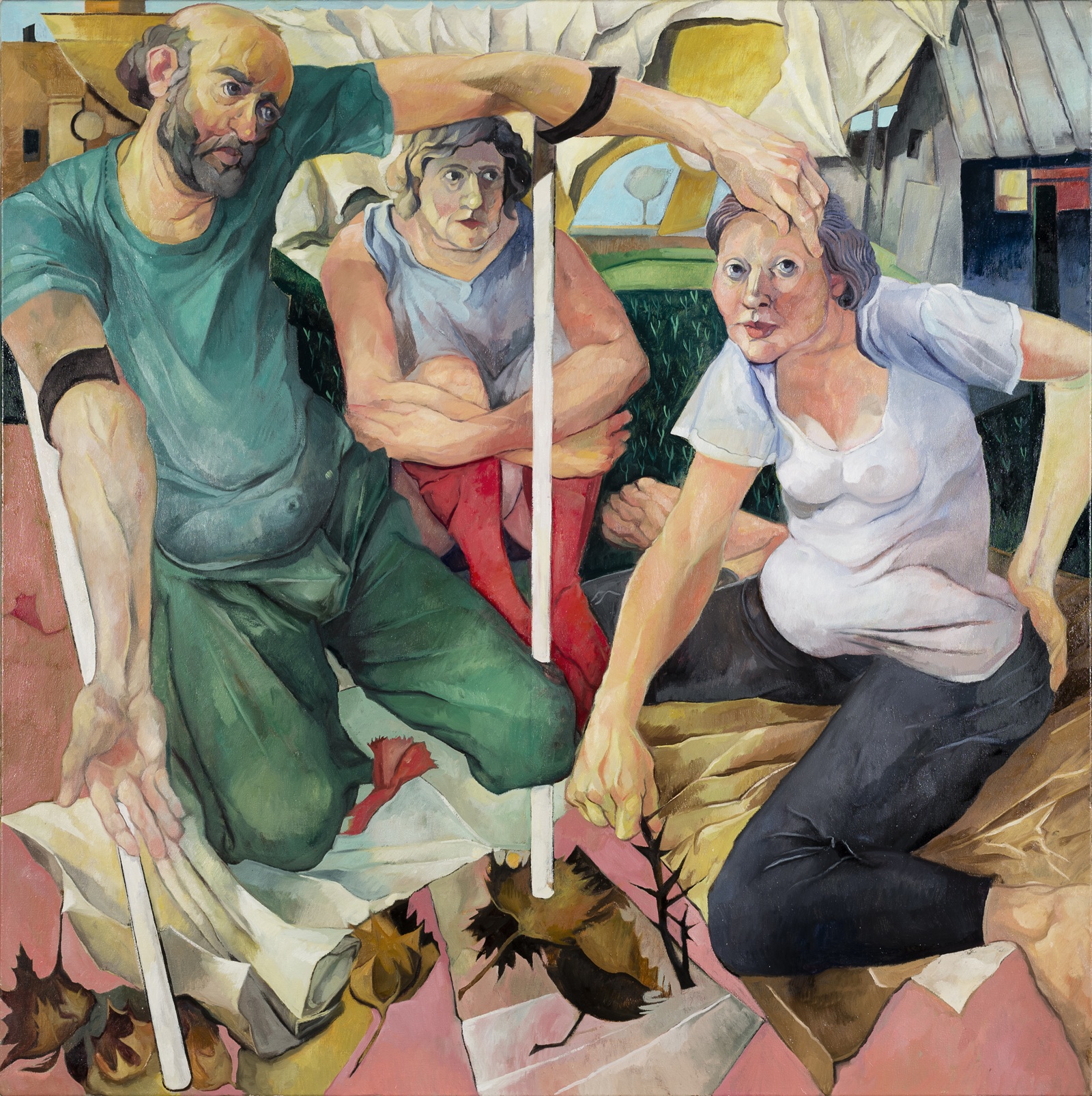 In his studio in Oxton, Steve des Landes works with the intention of drawing from his minds eye. Using the conventions of figurative art he populates his canvases with the creations and themes from his psyche. The only connection to the directly observed world being left within the detailed features of anatomy such as hands, where he sometimes checks from his own body for clues.

‘The Cover Up’ is a powerful expression of des Landes’ symbolic mindscape, with all elements of the painting working in harmony together. The flatness of the figures, and the composition in the background suggest a Renaissance theme, while the mature male figure on crutches assuming a protective role over others, is a figure drawn from classical and Christian allegory.

The two women featuring in the picture both seem to be much more modern souls, possessed by 20th or 21st Century consciousness. They are portrayed as protected and somewhat dependent, while having their own different strengths beyond men, as in the woman to the right, who has chosen to intentionally grasp the thorn. It is a painting which is deeply imbued with the issues of middle-age, the gradual transformation of the self and the loss and transformation of earlier hope: A loss which is etched on the face of the woman to the centre, as we are confronted by the continuing sexuality of the older man.

Des Landes’ vision is not restricted by modern mores of what is assumed to be ‘right’ in human relations, but he shows us instead a more complex and richer expression of life which crosses quite freely between a sense of modernity and the ideas of tradition. The astonishing thing is that it actually manages to cross between the ages so seamlessly, without succumbing to the gestural, the shallow political or the feigned affectations of the ‘historical’ which so easily infect modern canvases.

These figures are shown against a backcloth of enduring symbols which frequently recur in des Landes’ paintings including the home as a means of shelter and also the boat, which is inert and partially covered with drapes, and is perhaps the means by which we travel through life and then in the end, cross over.