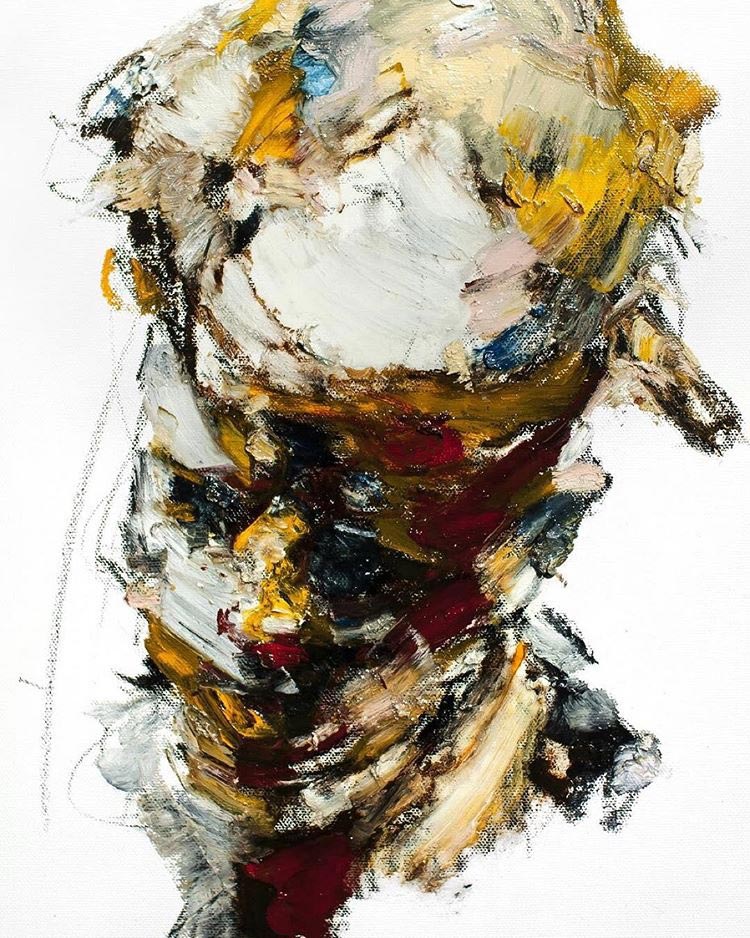 Thank you very much for agreeing to be interviewed Jaeyeol.  To begin with, I would like to ask you about the focus of your painting which led to your solo exhibition in Seoul in 2012 entitled “Anonymous Passersby” at the Sagan-Dong Gallery.

In describing your intentions for this work, which seem to carry some resonance for your work in the present day, you said:  “Painting is direct. My current way of working has been planned and designed to reach a deeper and more sincere level of understanding. When my purely observational sight finds a single face in a crowd, when I focus on that face I aim to capture its existential moment.”

Could you describe why the capturing such a moment of existence of a person in the passing crowd (whom, I would presume, was not conscious of you) became an important interest for you?  What was revealed to you by engaging in such a process and, in practical terms, how did you go about this?

I don’t know, maybe my entire project has it’s basis in my history as an artistically inclined only child. We are all unique, right? And if we’re honest, let’s face it, there’s really no escaping the individuality of our own isolation; our solitude. True, this is not something we want to examine day in, day out, but it is nonetheless an inescapable reality. My exhibition in 2012 “Anonymous Passersby” was a celebration of this reality we all share.

I believe in the intrinsic value, worth, integrity of each and every individual – simply because they, like me, exist first as individuals. The constellation of other things in their lives is beyond my knowledge; the simple fact of their being there sanctions, maybe even demands, their presence to be acknowledged, celebrated and viscerally recorded.  I’m not interested in making work that merely sees other people at a safe distance.

As to my working method: Every day, at any time of the day, I work up drawings capturing the people seen on my daily round. Some remain as pen records; others – I don’t know how or why, make a deeper impression and move on to be developed and become paintings.

I very much appreciate your explanation of why the idea of capturing the unknown individual, is an important project for you. Your search for the isolated individual within the crowd is quite fascinating, as it counters some of the more traditional precepts of the painter’s art.

What I mean by that, is there is a tendency in portraits, which have strong disclosive powers for the viewer, to be formed upon subjects which the artists knew or at least could settle upon.  Not surprisingly some of the most revealing paintings of the human essence of a subject are formed within the penetrating and uncompromising gaze formed of a self portrait: An area where the painter can be most unrelenting and unforgiving in their search for a truth of expression.

Given that you do not know your fleeting urban subjects that you draw and then paint in such a way, would it be fair to say that you are not seeking to portray these individuals in terms of their depth of character? …but instead you are looking to capture an existential glimpse of something else?

From my viewpoint, I’m not taking the portrait as a traditional portraiture. I’m using the format because it has been the most common form to show the appearance of people of their time period within art history. I began to be interested in existences that are corporeal yet invisible to the eye. In my painting, it is hard to recognize the race, age and gender because I ignore it. Then, what is left? Emotion, Impression, (Pre)Conception, (Mis)Understanding, Judgement or Opinion and maybe their real appearance, existence, sort of.

Isn’t it a great thing to look into these people who we passed by all day but who we can’t really remember – any of them? Well, I’m just building my language, and the portrait is just a start point of my narrative apparatus… Um, I think I don’t and can’t really define anything what people can see from my painting, I’m just showing it to them. It is the appearance of the appearance, the portrait of the portrait. 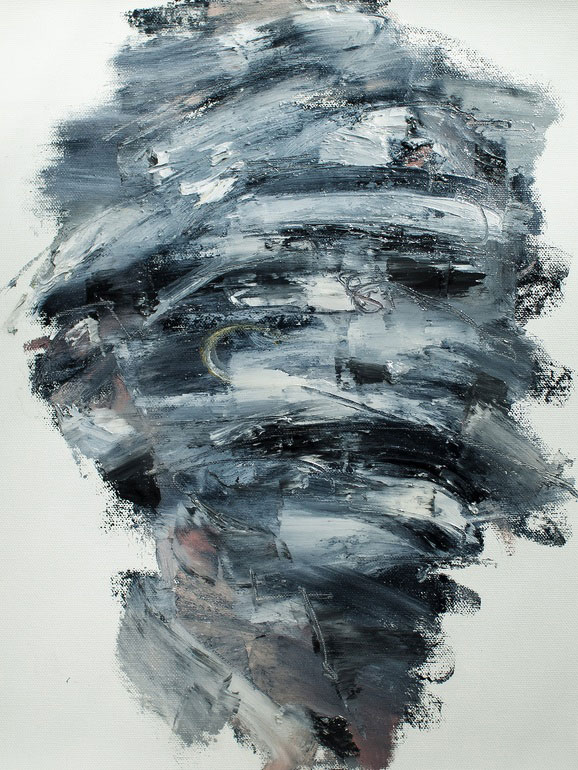 If I think I understand you, you are seeking to paint what is unseen in broad daylight, and goes unnoticed in everyday journeys: An essence of what you can find in your subject, when your ability to observe is stripped back, just to a fleeting glimpse, with the more superficial (or at least passing) elements of identity and culture which may belong to a person left unseen.  You seem to be seeking to penetrate what is left, without the support or perhaps the clouding interference of such clues.

In line with this what interests me most in your practice as an artist is that either by design or intuition you seem to be doing something interesting with the philosophical ideas of the relationship between the ‘particular’ (e.g. the subject understood as an individual) and the ‘universal’  (e.g. the subject as part of the crowd) and the contradictions and interplay between these two supposedly separate elements.

On the one hand, you pluck an unknown face out of the mass crowd, you find a glimpse of something district and unique about them, while at the same time being devoid of many clues of character and identity, you develop an expressive and rather deeply existential depiction of the particular humanity of the individual.  However, in realising this task successfully you reveal a deep humanity which links this person intrinsically to the wider, hidden truths of human experience.  So, curiously through seeking the individual you in fact, find the universal.  Does this have any resonance for you?

Your speculations regarding my work do indeed resonate. I’ve been struck by the Western view taken by artists, which seems weighted in favour of the negative side of things. It seems to resent the things it has no choice but to acknowledge, life’s inescapable inevitabilities. In my work I am not aiming so much to contradict such resentment but to sidestep it entirely. Before we are born we do not exist, when we die we again no longer exist; why not be positive while we actually exist, while we are alive?

I use primary colours and black as a constant across all my work, a universal, if you will; their constant movement from painting to painting, their wayward refusal to be tied down, become my ‘particular’ that is made possible within the spontaneity of the glimpsed moment.

The post impressionists changed the way an image is encountered through moving into a chromatic palette and mostly discarding the traditional use of the tone to depict light and shade, and depth of field with the substitution of colour instead.  In your case, as you have explained, you consistently seek to use primary colours and black.  Can you explain a little more of how this serves you?  …and what ideas have emerged for you from your interest in Wolfgang Goethe’s study concerned with the ‘Theory of Colour’? 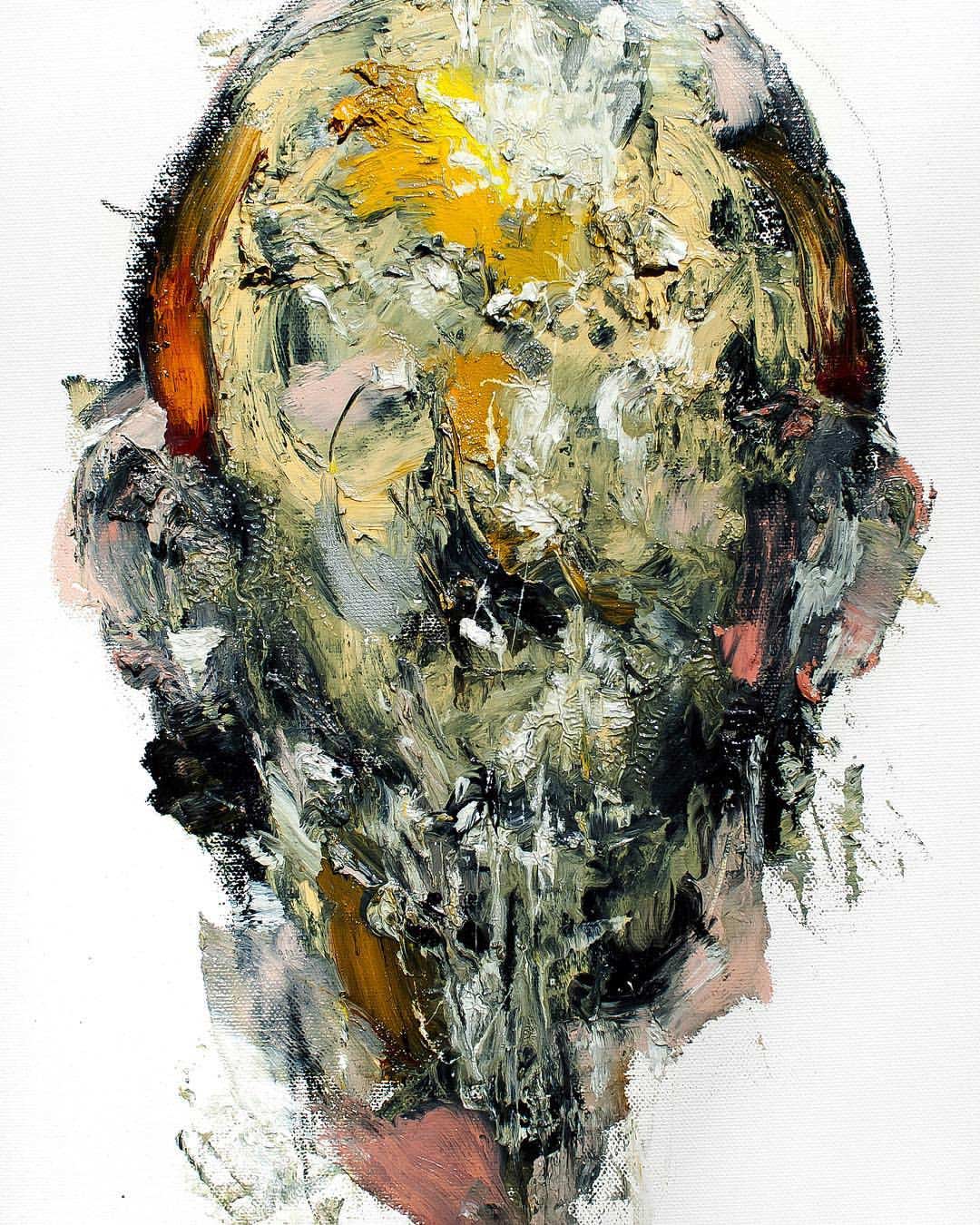 These questions are very close to my heart. Goethe’s  theories of colour were the first really systematic exploration of the subject undertaken by someone who was not an artist. I have studied other meditations on colour – Johannes Itten, Wassily Kandinski, Ludwig Wittgenstein and Albert Henry Munsell. Their thoughts had, as their base, their touchstone, Goethe’s foundational work, not Newton’s. I found this intriguing. What fascinates me is Goethe’s subjective, rather than an objective, scientific, approach and the insights it yields.

When I first read his work, his interpretation of the primary colours, as a natural scientist, made a significant impression. For him, red, blue, yellow, black and white span a spectrum of energies, from raw, trivial and on into energetic excitement. I found it intriguing that Goethe’s theories coincide with, resonate with, the values assigned to the same spectrum of colours in traditional Korean culture.

These colours had long ago been conceptualized to symbolise the Five Fundamental Elements forming the diagram illustrating the Taoist cosmos of eternal change. The five colours all relate to the activity, the energy of the sun: Blue(dawn) / Red (sunrise) / White(noon) / Black (night) and Yellow is the Earth, the land. These five colours, all intimately related, have their own independent trajectories, their own energies. That their various combinations, from Korea’s ancient, pagan, shamanic, esoteric systems of belief should coincide with the meditations of Goethe, strikes me as more than merely coincidental. For me, it has the elegance of a mathematical equation.

David, I trust this goes some way to answering your carefully considered questions. For me colour, my adopted choice and understanding of colour(s), a unity of values from past and present; this forms the basis from which my work draws its energy.

Many thanks Jaeyeol. As always, an interesting discussion ends up opening up even more questions than just providing answers, and this is certainly the case!